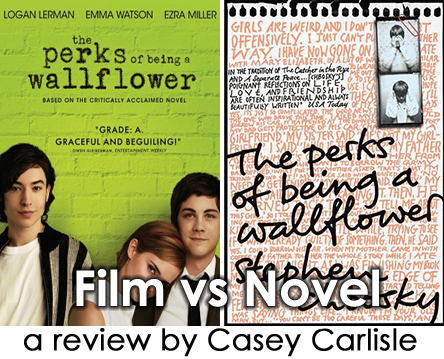 Comparing Chbosky’s novel to the cinema release is a bit like comparing apples and oranges… the book used the adjunct of a sole point of view from an unreliable narrator, where the movie delved more into the development of personal relationships.

Although, I have to admit I appreciated the viewing experience much more than I did reading the novel. It basically came down to two points: 1. Some of my favourite actors playing the lead roles (and it doesn’t hurt that they are complete eye-candy); and 2. The journal/letter writing tone of the book felt somewhat disconnected and distant from the story.

But that is me nit-picking, I definitely enjoyed both versions of The Perks of Being a Wallflower. Both mediums managed to portray that there is something ‘off’ with our main protagonist/narrator Charlie (played outstandingly by Logan Lerman). He is anxious and told to be suffering from PTSD, but we never get the full story (that comes later).

The movie really let imperfect and damaged characters shine – I did not get that so easily in the novel. Chbosky makes you work to get to learn about the inner workings of the cast; whereas in the film they bask in their quirky individualism, and it’s only later that we learn why they behave that way. 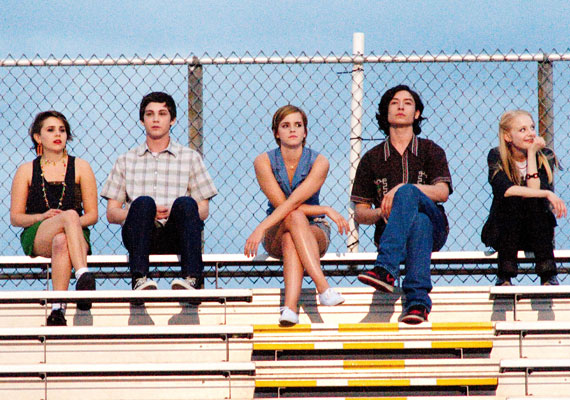 I pictured Sam very differently in the novel to how Emma Watson played her on the big screen, however Watson was an outstanding casting choice and certainly captured that elusive air which Sam existed in.

The symbolism in the novel really hit the nail on the head, and I felt it lost a little in translation to the big screen, but definitely visually dynamic. Especially the tunnel/bridge scenes in the back of the truck with the teens.

I’d love to do more in-depth discussions over apparent differences, but given the story is all character driven, I’d just be listing spoilers… and I definitely don’t want to detract from anyone’s enjoyment of either.

There is a lot in both the novel and film, it’s quiet and unassuming. But that went to its detriment in my own experience, making it feel a little flat.

Where the film is poignant and idiosyncratic, the novel was deceptively insightful and layered, but both worthy of checking out.

But it’s definitely the film for the win!