I think this film has dyslexia… 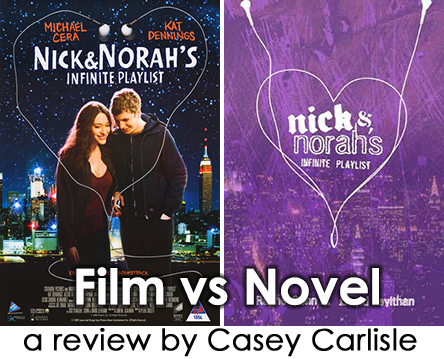 I loved the novel, and am of the opinion that it is definitely the best of what Rachel Cohn and David Levithan have written together. It is gritty, artsy and embodies the soul of New York and garage bands. The characters are all painted with bright colours and flaws making them all loveable in individual ways.

The film captures that same spirit, and while I enjoyed it, was a little taken aback as they mashed some of the sequences of the novel with others. Dialogue came from different people and scenes took place in different settings. I was also disappointed that some of my favourite scenes from the book were not included in the film. Overall I thought the picture was so-so, nowhere near as poignant as the book.

Although the narrative is witty, and such edgy symbolism is planted throughout, ‘Nick and Norah’s Infinite Playlist’ suffered from two of my biggest turn-offs in books: the flashback, and excessive embellishment of a scene (otherwise known as mental wanderings). I think if it hadn’t exceeded my expectations in all other areas I would have abandoned it early on.

All of the cast in the movie gave me issue – Kat Dennings and Ari Graynor (Norah and Caroline respectively) felt too mature for this, even though I agree Kat played the lead expertly. I could see how her humour embodies much of Norah’s character, but we never got to really see her shine. Michael Cera was a genius casting choice, although I had pictured Nick much differently, Michael really captured the nonchalance of Nick perfectly. One scene in the book where he and Thom talk about The Beatles and are holding hands was cute, but it got ruined in the movie for me, when, I only presume for comedic purposes – Nick is seen by some passers-by and breaks the hand hold. In the book, Nick really does not care about sexual orientation or being touchy-feely with anyone… dropping Thom’s hand felt like the screenwriters had just flown in the face of everything Nick is (to get a laugh from the audience). He had so many other comedic moments in the story – why not use one of those instead of making him seem homophobic? 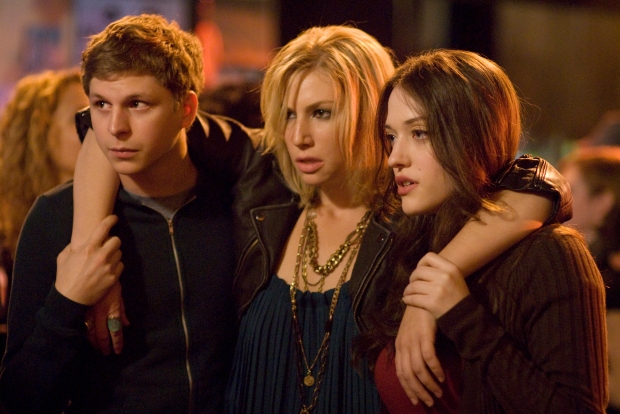 It’s a little hard to compare the story of the movie when it was such a jumbaliah of the written word. I longed to see Norah pushing Nick into the closet, catch more of Norah’s physical comedy and deadpan punchlines… and although the movie was great, it left out so much of what I found endearing. So it’s another novel for the win!