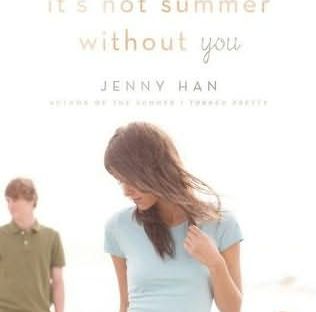 A strong sense of adolescent drama through a picturesque summer…

It used to be that Belly counted the days until summer, until she was back at Cousins Beach with Conrad and Jeremiah. But not this year. Not after Susannah got sick again and Conrad stopped caring. Everything that was right and good has fallen apart, leaving Belly wishing summer would never come.
But when Jeremiah calls saying Conrad has disappeared, Belly knows what she must do to make things right again. And it can only happen back at the beach house, the three of them together, the way things used to be. If this summer really and truly is the last summer, it should end the way it started–at Cousins Beach.

I did not enjoy this as much as the first, however it was a great sequel.

Mixed with melancholia, for me personally and for the Summer franchise. Having lost my own mother recently, and experienced my own battle with cancer, the tone of this book resonated strongly with me. The need to hold onto, even if you have to battle hard and risk losing everything else, certain reminders of the love that you have lost. It’s all consuming.

Belly’s love life was annoying – and I’m still not entirely convinced I like it. Not only has her age lent a certain immaturity to the story, but the fact she was a little flippant left me thinking of her as shallow and without strength of character. She was very reactionary and did not give anyone around her cause to accept she was in charge of her own destiny. Maybe it’s my age showing, but behaviour life that, especially in female protagonists rubs me the wrong way.

It does, however, lend to great drama and angst – which we get plenty of.

And just as much as Belly frustrated me, so did Conrad. He really fails to communicate, or get involved in his family despite what he is feeling. It is such a typical masculine trait. This is not a criticism on the novel, but rather, on Conrad himself. His stoicism amped up the drama in this beautiful Summer House setting.

I’ve never read a book with such annoying characters that I enjoyed so much – it is quite a feat – Thanks a bunch Miss Han.

Jenny Han was able to create such a wonderful ambiance with ‘It’s Not Summer Without You.’ As she did in the debut, ‘The Summer I Turned Pretty,’ you can smell the coconut oil and salty afternoon breezes through the narrative without lengthy exposition. Again another quick and easy read that projects all the feels and offers up a few surprises.

I found myself craving for some depth and maturity from this story, but great escapism bringing me back to my teen years…