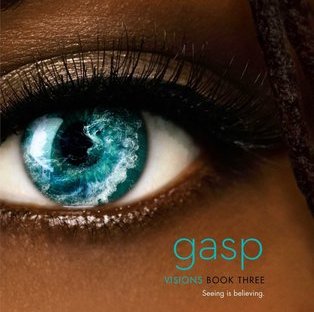 I gasped – and not for good reasons… 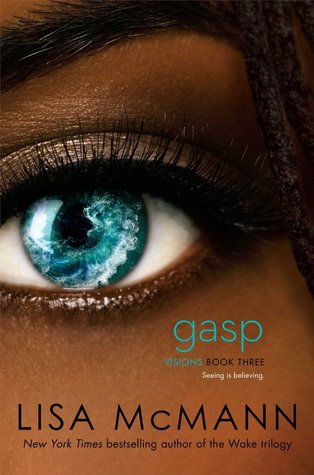 After narrowly surviving two harrowing tragedies, Jules now fully understands the importance of the visions that she and people around her are experiencing. She’s convinced that if the visions passed from her to Sawyer after she saved him, then they must now have passed from Sawyer to one of the people he saved.

That means it’s up to Jules to figure out which of the school shooting survivors is now suffering from visions of another crisis. And once she realizes who it is, she has to convince that survivor that this isn’t all crazy—that the images are of something real. Something imminent.

As the danger escalates more than ever before in the conclusion to the Visions series, Jules wonders if she’ll finally find out why and how this is happening—before it’s too late to prevent disaster.

Although ‘Gasp,’ the third and final installment had all the same aspects I enjoyed from the first two novels, it fell flat for me. The whole story felt tired and contrived. I was so underwhelmed. Still, a cute story with a unique supernatural twist, and lucky enough to be a short brief read, managing to wrap up the oddball cast dealing with this ‘premonition virus.’

What had me feeling not so great about this after raving at the beginning of the series? Maybe it was because of Jules’ gun-ho attitude despite her morbid predicament, or the formation of a “Scooby Gang” to help solve the mystery. Mostly it was because the tension has somehow leaked out. Everyone got along too well, were too accepting. I was hoping this final book in the Vision series would really up the anty and go out with a bang (pun intended), but this fizzled out with little show…

It was great to see more diversity, adding a character of colour to the cast – and an adult into the secret circle… but little was done with that. There was so much potential for this finale…

Again, the social issues raised are commendable and dealt with sensitively.

The climax lost its realism – I wasn’t sold on the Scooby Gang pulling off what they did without taking into account realistic safety precautions and trained personnel present on the scene. It felt like the conclusion wasn’t thought out at all and written in a codine haze.