A great little teaser into the zombie romance blockbuster.

The end of the world didn’t happen overnight.

After years of societal breakdowns, wars and quakes and rising tides, humanity was already near the edge. Then came a final blow no one could have expected: all the world’s corpses rising up to make more.

Born into this bleak and bloody landscape, twelve-year-old Julie struggles to hold on to hope as she and her parents drive across the wastelands of America, a nightmarish road trip in search of a new home.

Hungry, lost, and scared, sixteen-year-old Nora finds herself her brother’s sole guardian after her parents abandon them in the not-quite-empty ruins of Seattle.

And in the darkness of a forest, a dead man opens his eyes. Who is he? What is he? With no clues beyond a red tie and the letter “R,” he must unravel the grim mystery of his existence—right after he learns how to think, how to walk, and how to satisfy the monster howling in his belly.

A marvellous depiction of some of the main cast from ‘Warm Bodies’ before those events took place in Isaac Marion’s breakout novel. I really enjoyed figuring out the timeline and how the cast fit into the storyline introduced in ‘Warm Bodies.’  Told in different perspectives of a young Julie and Nora, with the addition of the Tall Man. Those who know me are aware I’m not a big fan of “head jumping” or flashbacks and ‘A New Hunger’ has both. But I have to admit, it works. Which is surprising given that it is a novella, and needs to pack a lot of information into a small number of pages. 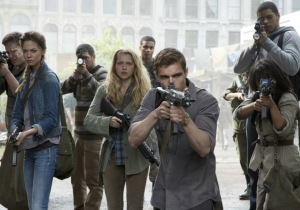 Julie lacked the substance she has in ‘Warm Bodies’ for me, but she is only twelve years old, and you get a sense of her accepting the bleak new world as normal. It was interesting to see the type of person she started out as and left me hungering (pun intended) for what happened to shape her into the Julie we come to know in ‘Warm Bodies.’ I loved her determination, desensitivity to gore and death, as well as innocence all mixed together… not qualities that gel, but on her, it worked so well. 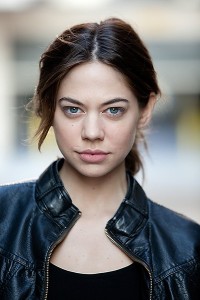 Nora was much more interesting; she comes across as a realistic teen attempting to survive in this dystopian world. Reminding me of Cassie from ‘The Fifth Wave.’ I really liked how she stumbles and not everything goes her way. It added credence to the world and a desperation‎ to the serious threats she faces. As with Julie, it was great to see the beginnings of her character, so different to the person we meet in ‘Warm Bodies.’ Out of all the cast, Julie has the greatest amount of development, and I was still wanting more.

The tone of ‘The New Hunger’ is different to ‘Warm Bodies.’ I was hoping for a little more insight to the start of the epidemic, or even the beginnings of the Boneys… but unfortunately they were left unanswered – I guess Isaac is leaving it for another book in this series. I’m really looking forward to see what unravels in the next release, ‘The Burning World’ next year. Even with the need for more explanation of the overarching plot from this novella, it was still very entertaining. Although I felt it lacked a bit of pacing and cohesion, mainly because it’s just short snippets in time and doesn’t cover the expanse of their lives or humanities downfall.

The sense of the zombies, the dark cloud with arms that was almost a sentient consciousness – we’ll I’m not sure how I feel about that. It didn’t make a lot of sense to me. I’m hoping it leads to something later in the series. It was only touched on in ‘Warm Bodies’ and lightly alluded to here, so I am desperate to learn about the mythology behind Isaac’s dystopian world and uncover more about the origins. I liked the realism and hinting at some paranormal force behind the zombie apocalypse, but left it as a mere suggestion.

It did miss the humour I was expecting. The witty banter and comedy from ‘Warm Bodies’ is not present in this novella – you could read it as a standalone, but it doesn’t go anywhere. I like the references to ‘Warm Bodies’ and the reveal at the end (though easy to guess.)

A cute addition to the collection and a strong novella. I’d recommend this to fans only, there’s not enough to grab a new reader to this series, or genre. And definitely read ‘Warm Bodies’ first, even though ‘The New Hunger’ is a prequel, you need the setup of the dystopian world and establish the main cast to fully understand what is going on.

On a side note: loving the cover – the metallic sheen and pop of red. Totally captures the mood of the narrative.