A creepy cat and mouse chase with a surprise twist. 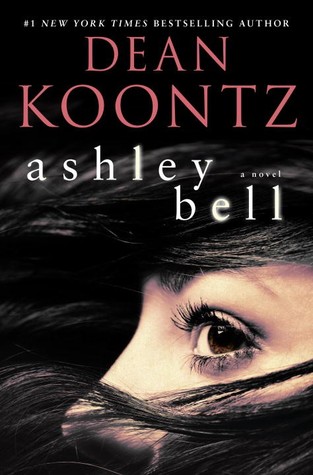 At twenty-two, Bibi Blair’s doctors tell her that she’s dying. Two days later, she’s impossibly cured. Fierce, funny, dauntless, she becomes obsessed with the idea that she was spared because she is meant to save someone else. Someone named Ashley Bell. This proves to be a dangerous idea. Searching for Ashley Bell, ricocheting through a southern California landscape that proves strange and malevolent in the extreme, Bibi is plunged into a world of crime and conspiracy, following a trail of mysteries that become more sinister and tangled with every twisting turn.

I’m endeavouring to read more from my favourite authors I discovered in high school: Stephen King, Clive Cussler and Dean Koontz. There is a massive back catalogue of novels I need to catch up on. So in-between my regular genre reads, I pick up new and old titles from these three. Last time I indulged in an old release from the late 1970’s, so this time a newer publication, ‘Ashley Bell’ was on the cards for me.

My sister, also a Kootz fan did mention that is wasn’t as good as she expected though, so I wasn’t sure what to expect.

With a narrative that changes in perspective from Bibi to her boyfriend Pax, was at first jarring. I was thinking, what the hell? How does this have any relevance to the story… but after persisting, we find out why.

Bibi was a great protagonist. She was understated, but gusty. I liked how we weren’t dealt a whole lot of sassiness or witty one liners that is common with these types of heroines. Bookish by nature, she remained true to that type. Quite. Stalwart. Intelligent.

Koontz’s writing style is shocking and confronting after a diet of so much popular YA. His sentence structure and descriptive tone is so rich it’s like switching from an old cathode ray tv to a 3D cinematic experience. As a writer I’m green-with-lime-polkadots kind of envy.

There is some jumping back and forth in the time line – something that always annoys me. I remember hoping it wouldn’t continue throughout the entire novel when I was around seventy pages in. Not sure what is going on, where the storyline is going, the way this book was presented at the start was disorientating. It was hard to make any predictions. The short chapters aided in the pacing, each dropping a hint or clue to Bibi’s journey, so I was never tempted to skim ahead.

I guess there were a few things that I did not find so enthralling – but it was more due to the unravelling of the plot and it moving in a direction I did not want it to go. But I will say that I hadn’t worked out what was going on until the last 100 pages. I was kept thinking, analysing, guessing. The pacing was much better through the last number of chapters. It was still interesting, but the tension seemed to lessen with the plot twist.

I’m not sure I like the ending – I appreciate the concept, and love how it connected with the narrative and all the clues, but I didn’t get that big elation at the reveal. But I wasn’t completely deflated either. It was more like – okay cool. But did I really need 560 pages to get to here?

I could feel shades of his other works in ‘Ashley Bell,’ though I didn’t feel like it was something regurgitated or reworked, but more nostalgic – and it worked on another level once you reach the end and look back.