Promising, cute with a great concept, but a little underwhelming. 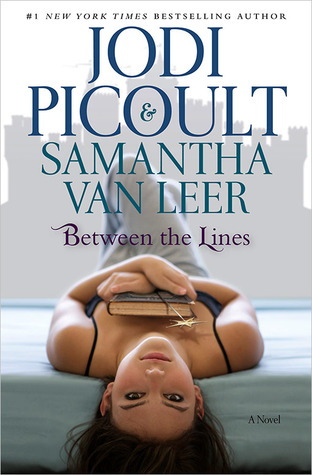 Delilah is a bit of a loner who prefers spending her time in the school library with her head in a book—one book in particular. Between the Lines may be a fairy tale, but it feels real. Prince Oliver is brave, adventurous, and loving. He really speaks to Delilah.

And then one day Oliver actually speaks to her. Turns out, Oliver is more than a one-dimensional storybook prince. He’s a restless teen who feels trapped by his literary existence and hates that his entire life is predetermined. He’s sure there’s more for him out there in the real world, and Delilah might just be his key to freedom.

Wondering if this was miscategorised and instead middle grade? It lacked the complexity and intensity I’ve come to expect in YA. ‘Between the Lines’ is a very easy read – kind of plain in actual fact.

The concept and story is attractive and engaging, but it lacked pace and depth. Figuring this to be my first Jodie Picoult novel, and a YA one at that – especially after all my friends keep telling me she is a must read author – that ‘Between the Lines’ would be a winning combination.

Instead, I found it repetitive in parts, though I liked that the journey wasn’t easy for the characters to get what they wanted. But I wasn’t totally satisfied with the ending.

It is a saccharine sweet tale on all fronts. Though, the original fairy tale excerpts had a very Harry Potter/Simon Snow tone with exaggerated, obscure events and a hint of sarcasm. I think I enjoyed those elements more than the main story. A dragon with braces, feminist mermaids, and a dog who was a boy in love with a princess – totally amazeballs.

I found Deliliah our protagonist not only a girl after my own heart being an outsider and booklover; but on the other hand she felt a little desperate and whiny. Though I have to admit, it falls in the realistic expectations of what you get from a fifteen year old girl, so I really can’t fault Picoult and Van Leer’s depiction of Deliliah. 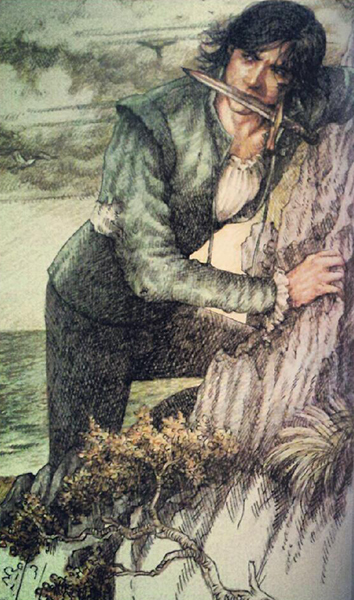 The other POV was told from Oliver’s perspective. The fictional love interest. I liked his unique perspective on our world, and the mechanisms of his own. How letters and words make up the physical forms of the world and characters in the book. How Oliver marvelled at a cell phone, a computer, and even a hair dryer. He was so much more interesting to me than Deliliah.

A cute addition to this book were the illustrations dispersed throughout – whether silhouetted characters in the margins, of the full page colour depictions of Oliver and his world.

The pacing felt slow. This should be an easy novel to fly through, and I was able to consume large chunks of this book in a single sitting, however, I broke it up over a week because my interest began to wane at how the narrative dragged out the storyline. I think it needed more tension, or a story arc or two to add some complexity and drive the plot forward more forcefully.

Picoult and Van Leer’s writing style is pretty breezy, there was a distinct difference between the original fairy tale, Oliver and Deliliah which was impressive, though Deliliahh’s voice felt bland in comparison to the other two writing styles – I wonder if both authors had input on all perspectives, or only wrote a character each?

I don’t really feel like I’d recommend this to my friends. Though it’s fun, and a great concept, the dragging pace and a tone more fitting for a tween market left me with a so-so attitude towards this title. However I will read the sequel ‘Off The Page’ just to quench my curiosity about where these characters could go next. I just hope the writing is a bit tighter to keep my interest.