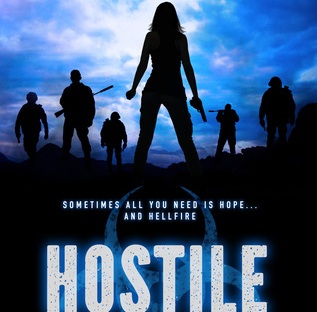 This series is turning into one big *facepalm*despite a promising concept.

Wanted. It’s something I’ve had to get used to since being placed on the government’s Most Wanted list. On the run, with my family and Finn by my side, we now have to evade not only the Arvies, but teams of soldiers sent to find and capture me.

Little do they know, I’m battling my own demons. After receiving large doses of mind-enhancing serum, a monster has been unleashed inside my mind. It promises death and destruction; its power, greater than anything I could imagine. Now, I’m too dangerous, and the lives of my loved ones depend on my separation from the group. I must leave and face the hostile world alone.

My name is Abigail Park. I will do whatever it takes to save the ones I love.

Again, another book in this series that really isn’t a novel – more like a tale… the middle part of something happening.

I found ‘Hostile’ awfully spoony and over-ridden with typical YA tropes. Instances of bad grammar and immature writing. I was hoping this series would get better as the author got to hone her craft, but it is just getting repetitive with the same kind of underdeveloped writing style.

The concept is still full of potential, but feel like the author should take some classes or spend a year or two honing her craft. 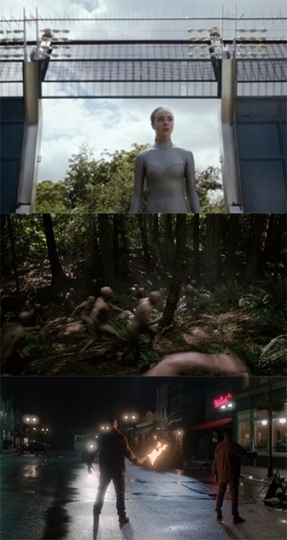 Protagonist Abi was very two dimensional. The story at times is led by the author’s hand. Some of the events are implausible, even in this dystopian fantasy because there is no motivation, or not driven forward by the plot.

Some of the action scenes were well crafted though, and I enjoyed a few of these towards then end of the novel.

‘Hostile’ is a very quick read: 2-3hrs was all it took. Which is lucky, I wouldn’t invest any more time than that on such a poorly executed novel.

Again, I love the premise, but the basics of structuring a novel were amiss. One more book in this series to go, which I will read, just because I want to confirm how it all ends. Then I’ll probably gift the entire collection to one of my nieces or nephews because I have no intention of keeping books of this calibre in my library.

Even the covers are recycled of stock images – it hurts my heart to see, and read this kind of book.

On a side note, I burst out laughing at her shameless plug for another series she’s written – ‘Hidden Wings’ in the narrative. Big brass ones lady! I like it.

It was so cheesy and poorly written it was funny. Like a low budget syfy movie. Not recommending this one unfortunately.

Overall feeling: I think I have to dub this the book of eye rolls and gag noises.