A clusterf*#k of political incorrectness.

Frozen inside a million-ton mass of ice-the charred remains of a long missing luxury yacht, vanished en route to a secret White House rendezvous.  The only clue to the ship’s priceless-and missing-cargo: nine ornately carved rings and the horribly burned bodies of its crew.

I’ve been a fan of Cussler since my teen years, but this singular novel really tested my nerve. I can forgive a little machismo – it’s to be expected in this genre and series, but when Cussler has Dirk Pitt playing a stereotype of a gay man – even so far as to use the word faggot a number of times, I wanted to set the book on fire. It was in such poor taste to read these hate-filled slurs. It highlights all the issues of discrimination that the LGBTQIA+ community face.

Cussler used about every negative trope around this issue in ‘Iceberg’ with the protagonist Dirk Pit undercover as a homosexual artist, staring hungrily at men’s crotches like a sexual predator, acting submissive and weak, wearing over-the-top colourful clothing, and flowery speech. This goes on for half the novel. It is obvious that Cussler adopted this writing style for it to come off as comedic, but it just shows his insensitivity and ignorance.

To compound the issue there are continual cracks about crazy women and menopause, or someone on their period – that was also meant to be jocular. The female characters were irrational tittering things meant to look pretty and fetch coffee. Their only goal to land a good husband. They were diminished to a sexual object, nursemaid, or servant. It came off as highly offensive. 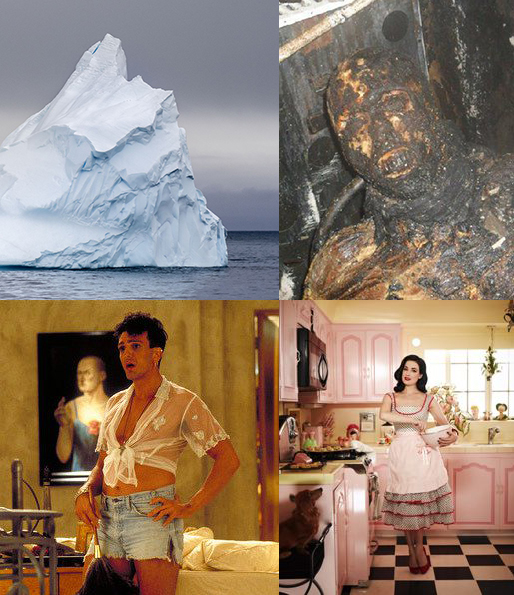 I just don’t understand. Was Clive Cussler on some sort of acid trip writing ‘Iceberg?’ I’ve read over 15 of his novels and never come across such blatant misogyny. Maybe I should stop making allowances for Cussler’s overused tropes and start calling him on them in my reviews… I read his novels for the emphasised adventure, the marine environment, and the espionage. ‘Iceberg’ was overshadowed with such a distasteful display of tropes and writing I am literally gobsmacked. Way to offend half your audience dude.

Looking at other aspects of ‘Iceberg,’ like pacing and plot, it wasn’t so bad, but by no means anywhere near his best. There was a plot twist at the end that I didn’t see coming, but that too left a horrid taste in my mouth. I enjoyed the surprise, but hated the premise it supported.

In all honesty I do not recommend this book to anyone. If fact Cussler should pull it from his catalogue entirely. I know I would be ashamed to have written a novel like this.

February reads... helping me escape. 😊
A little motivation... a little bit each day.
Last week I got nothing written... hitting the gym hard has left me exhausted and mushy brained. Though I did imagine up a 5 book series and went on a blog writing spree. But determined to complete a few chapters on my WIP this week! #amwriting #amplotting Oh, and jellybeans are a great incentive... allow 1 per page written 😉
I love reading and writing science fiction. Just trying to embody a femme fatale with the night sky in the background... you never know when you have to spring into action against an alien invasion, or leave earth on an interplanetary spaceship. #amwriting #amdreaming #mug #amreading
First lovely day in a while and got to walk the dogs up to the lookout over the national park... making the most of it before itgets too humid to do the trail. #heelstohills #nature #dothatwalk
I see you... #mug #pretendingtobeamakeupguru
What I read for August... a mixed bag, hoping to top it for September. What did you read last month?
How my little man has grown up! Baillie when he was first brought home in Townsville with his favorite toy... a wood block. Now having travelled half of Australia he is a sensible gentleman... #lovemydog #shitzu #cutenessoverload
Mmmm craving that crispy duck meal from my favorite haunt - Wild Rocket in Mapleton! Guess you know where I'm going for my next date night... with or without a date 😄 #dininglocal #yummy #sunshinecoast