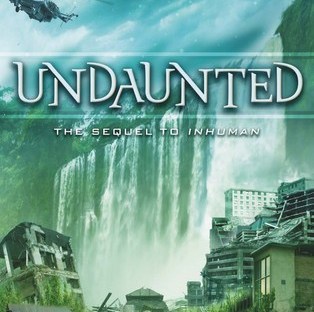 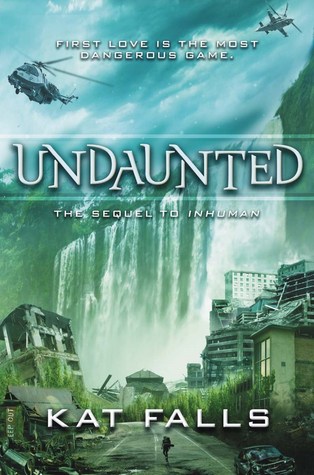 Lane Everson barely survived her first journey to the Feral Zone. The forbidden, overgrown landscape east of the Mississippi River was abandoned years ago when a virus spread through the population, bringing civilization to its knees.

But Lane has crossed the quarantine line, and she knows the truth. There are survivors on the other side of the wall – people who were not killed by the virus, but changed by it, their bodies warped to display a variety of animal traits. In the most severe cases, their minds are warped as well, leaving them barely human.

Lane volunteers to return to the Zone as part of a humanitarian aid mission. But she has a darker, secret purpose. Someone she loves has been infected, and she once made him a promise: If he ever goes feral, Lane will be the one to put him down. Now, Lane fears that the time has come.

Considering this was a sequel and a finale, I was expecting great things from ‘Undaunted.’ It certainly did not disappoint. The stakes were raised, the characters tested and showed growth, and there was plenty of dystopian sci-fi goodness al-la ‘The Island of Doctor Moreau.’

This was a difficult novel to get through however, which had me puzzled because it has all the earmarks of things I enjoy in a story. Just after I reached the halfway point I realised it was the writing style. Again another surprise to me given how much I have enjoyed Kat Falls other titles. In the afterward, the author did admit to struggling to complete penning ‘Undaunted,’ and I wonder if some of that awkwardness translated into the writing. There were moments of Lane’s narration that felt immature to me. Though it meets the intended demographic, I don’t remember feeling that way from the debut ‘Inhuman.’

Out protagonist Lane has much more direction and certainty about her in ‘Undaunted.’ It felt like she was on solid ground and no longer simply surviving from one instance to the next. You get a clear picture that she is aware of the larger mechanisms and politics of the situation at large. She has clear goals and determination to see them through – all mixed in with a hefty dose of compassion. It is a nice juxtaposition to how she was in the previous novel.

There was a hint of a love triangle with both Everson and Rafe vying for Lane’s attentions, but from her perspective, it was never a love triangle, just simply friends that she cared about; and one of those friendships blossoming into something more. Everson has a small amount of character development in the form of a shift in his morals at uncovering some truths, but Rafe has stronger growth from being, known as a thief and trouble maker, to a solid stand up guy, responsible, a leader. For some reason I was continually reminded of the main character in ‘Aladdin,’ a street hustler turned prince. 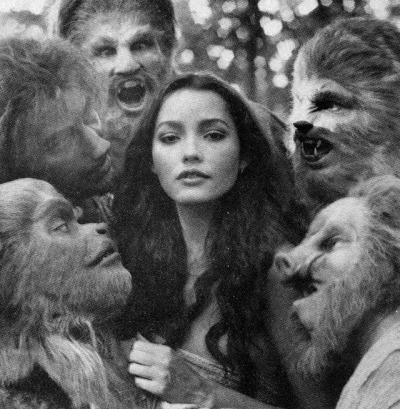 I notably fell in love with the manimal orphans, and the lionesses as well both victims of the transformative genetic virus. Falls did a great job in marrying animal character traits with human ones to show strength, pride, and loyalty.

There was always something interesting going on to propel the story forward, but I felt the writing style let it down. Maybe some more sophisticated sentence structure and word choice to bring down the word count and increase the pacing of the story would have greatly improved my reading experience. Also help to eliminate a small amount of repetition. But that is me just being picky in trying to figure out why it took me so long to get through this novel.

I can’t say that there were any twists or turns that I didn’t see coming revolving around the central plot. It is very predictable in that sense, but there were a couple of minor reveals that had me raising my eyebrows. It is definitely a satisfying read, but not one that really socked it to me, or gave me the feels. The plot points are all addressed neatly – if a little cliché a times. I can see this being a great book to recommend to the younger end of the YA market. The whole manimal epidemic can be synonymous to racism and immigration themes in a sense. Because they have developed their own culture, and effectively, a different race. It also brings up themes of genetic modification, infection, and epidemics; great topics to open discussion on science, or the morality and ethics around these topics on a larger scale.

I’m happy I read it and got a conclusion to the story, even though slightly lacklustre for me. But would happily recommend it for younger readers.

Overall feeling: Get it girl, that was good.