An endearing character study in grief and loss. 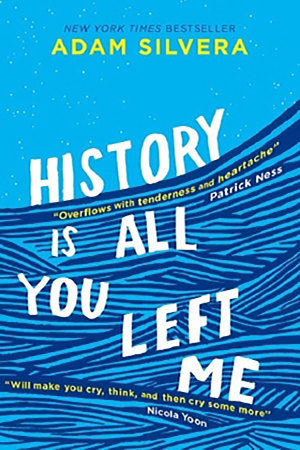 Griffin has lost his first love in a drowning accident. Theo was his best friend, his ex-boyfriend and the one he believed he would end up with. Now, reeling from grief and worsening OCD, Griffin turns to an unexpected person for help. Theo’s new boyfriend.

But as their relationship becomes increasingly complicated, dangerous truths begin to surface. Griffin must make a choice: confront the past, or miss out on his future.

Told in alternating narratives in time, one from 2016 (the present) after Theo, Griffin’s boyfriend, has passed away from a drowning incident; and another from 2014, a happier time when Theo was alive…

To be honest, 3 months had passed since reading ‘History is All You Left Me’ until writing a review. I usually write up notes straight away, and I don’t know if I omitted my review because of the emotional impact, and I needed a few days to let it sit and simply forgot, or jumped in to the next read to get away from the book hangover and started to avoid writing a review. But the sad fact is that I forgot everything about ‘History Is All You Left Me’ and I needed to skim through the whole book to collect my thoughts. That is not a good sign. Usually I remember enough to write up a review… let’s see what my opinion is after a quick flip through the novel: 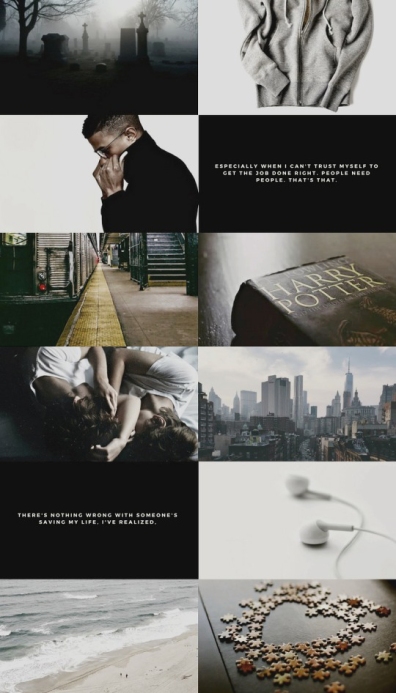 I think the main reason I didn’t get into ‘History Is All You Left Me,’ and also why it did not impact me as much as I was expecting was how Griffin behaved. He was literally a man-s!#t. Though there was no cheating on anyone, and yes, I know when someone is dealing with loss and grief (and maybe some guilt too) that lots of weird and unexpected things can happen. Like sleeping with your deceased ex’s boyfriend. And similar such destructive behaviours. So while I understand it, it did nothing to dispel the bad taste left in my mouth. I wanted a protagonist with a stronger character. Someone I could get behind. But Griffin is a mess. Both before and after Theo’s death. It does humanise Griffin and gives this story a level of realism. But I feel like if I praise this book, I’ll be condoning that type of behaviour. That it’s okay to be selfish in times of grief and hurt everyone around you. Um, yeah. This novel was triggering. I’ve lived through grief and loss of many loved ones and been the victim of other people’s destructive behaviour. It’s not nice.

Theo is painted as the innocent, the saint that everyone has lost. He wore his feelings on his sleeve and there were no secrets with him. Which was nice to read – illustrating the tendency to place those who have passed on a pedestal. Even if you are mad at them in your grief.

After Theo departs for college, and Griffin dumps him, Theo meets Jackson. Jackson’s time together is only brief before Theo drowns in an accident. I found it interesting, the different colours of grief and guilt played out between Griffin and Jackson in the chapters set in the present day. And how, as they work through the loss and memories of Theo, it changes them, and their relationship to each other, Theo, and those around them.

I will say I appreciated the inclusion of parental figures, and a professional therapist. Though they didn’t play as a prominent part as I would have wished, they were present and helped our characters navigate the new and heavy feelings associated with mental illness and grief.

I did not really predict much about this story. We already knew Griffin’s first love, Theo has died and that the book was going to be about him dealing with that and moving on… apart from that, it’s a wild guess as to what would happen. Because this is not a plot driven story, but a character driven one. Plus, we get a nice character twist that added an element of charm and hope for the future.

The tone of ‘History Is All You Left Me’ is an endearing one. As Griffin is addressing Theo’s memory through most of it. Keeping his memory alive. And the method of alternating timelines added something that broke up heavier scenes of loss with happier times and made this book easier to read.

Overall, a touching read, but not one that stabbed me in the heart like I was expecting. But a joy to read Adam Silvera’s writing and forging a legacy of interesting queer leads in literature. If you don’t mind a more emotionally challenging story then I recommend this one for you.