Elite drama and an unreliable narrator make for fantastic reading.

We are the Liars.

We are beautiful, privileged and live a life of carefree luxury.

We are cracked and broken.

A story of love and romance.

A tale of tragedy.

This totally blew me away. It had drama, mystery and obnoxious characters… Just from the title and tone of the novel I knew there would be a twist coming – and I kind of guessed it, but not entirely. More like I had the gist of it, but when the big reveal came at the end I was like Oooooohhhh…

I’m not usually one to favour stories that are fragmented or filled with flashbacks, but in this case it worked. With an unreliable narrator like Cady everything that is written has relevance – it’s a big puzzle and you just have to find the right way everything fits together.

There is also a tone of racism, elitism, entitlement, and social justice that resonates strongly in the subtext. Along with that are themes of selfishness, idiocy, and innocence lost. It’s like a big swirling mass just under the letters on the page: a strong reflection on real life. For such a short book it really packs a punch. 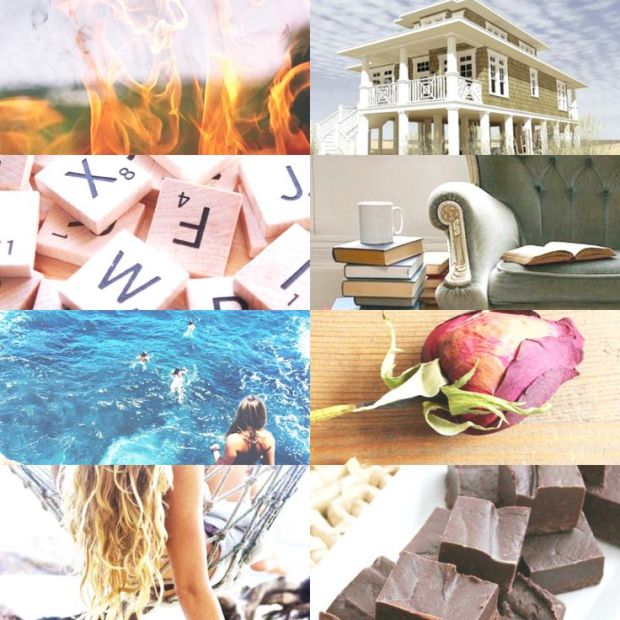 Maybe I’m a little disconnected, or in shock, or simply disorientated from all the going’s on in the book, but I didn’t really laugh or cry. And I was expecting to. So that is the only reason I deducted a mark – lack of emotional connection. Quite possibly it is also because all the cast were flawed and there is no clear definition of what is good or bad and who deserves punishment or not.

I marvel on the weaving of the storyline, the craftsmanship of plot and character – clearly the best book I’ve read of E. Lockhart to date.

I will say that the writing style is brief and jarring at times – almost like slam poetry. It is intentional, reflecting the way the protagonist, Cady’s brain works, but it was another small aspect that pulled me from the narrative. Those few words built a strong picture, but I wanted to exist in the moment longer. It felt all too brief. Maybe that’s part of the reason I lack a strong emotional connection to the story because the writing style hit me like a drive-by….wham! And then it’s gone. Red taillights shrinking to blurry pinpricks in the distance.

I don’t feel we really got to know the characters that much either. The grown up’s stay in the periphery, bickering. The Littles (younger kids) are loud, messy and disruptive, but only present for mere moments. The Liars though, because they are hiding so much, or playing games, I felt like I only got the surface scratched before the story ended.

Though the conclusion was satisfying, there was still a sense that there were some lose ends… but I guess the story isn’t truly over – the family is still carrying on, still maintaining that Sinclar reputation.

Highly recommended – a delightful read with an unexpected twist.

Overall feeling: I love a surprise reveal at the end!