I felt like ice-cream, and so, I grabbed some novels with gelato colours…. mmmm I really want ice-cream!

Which is your favorite read from this stack? Mine’s a toss up between ‘Red, White & Royal Blue‘ and ‘The Five Stages of Andrew Brawley.’

A little bookish post for pride month here in Australia. Some of you will get it, some won’t. But it’s all about celebrating diversity and love… and reading 🙂

A fairy-tale and ‘Madam Secretary’ mash-up. 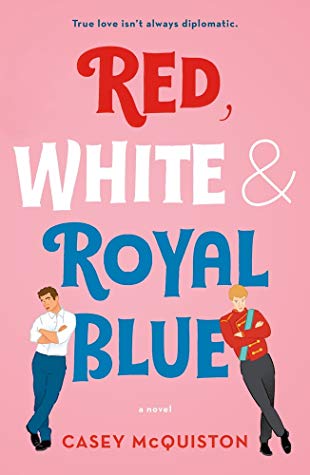 What happens when America’s First Son falls in love with the Prince of Wales?

When his mother became President, Alex Claremont-Diaz was promptly cast as the American equivalent of a young royal. Handsome, charismatic, genius—his image is pure millennial-marketing gold for the White House. There’s only one problem: Alex has a beef with the actual prince, Henry, across the pond. And when the tabloids get hold of a photo involving an Alex-Henry altercation, U.S./British relations take a turn for the worse.

Heads of family, state, and other handlers devise a plan for damage control: staging a truce between the two rivals. What at first begins as a fake, Instragramable friendship grows deeper, and more dangerous, than either Alex or Henry could have imagined. Soon Alex finds himself hurtling into a secret romance with a surprisingly unstuffy Henry that could derail the campaign and upend two nations and begs the question: Can love save the world after all? Where do we find the courage, and the power, to be the people we are meant to be? And how can we learn to let our true colors shine through?

‘Red, White & Royal Blue’ is an amazing debut and definitely a sneak attack for me. I picked it up because of a number of friends raving about this book and jumped in with no prior knowledge other that the blurb.

I’ll get the downsides out of the way first. The main drawbacks for me as a reader was a little bit of the swearing, and some of the intimate scenes between the two main leads – I’m okay with these devices if they add something to drive the plot forward, or build an atmosphere. I don’t even mind a few graphic love scenes here and there just for titillation and fun (I’m no prude) but after a while it becomes tedious.

The second big thing was exposition and pacing. Primarily the pace of the novel was dragged down by frequent descriptions, history, or lengthy scene setting. They were kind of relevant to the story, but not essential, and left the book feeling longer than it needed to be.

McQuistion’s writing style is edgy and humorous, and she is at an expert level in building tension and angst. I devoured this book in two sittings and had tears in my eyes over half of the time. It is a tenderly sweet and emotional ride. I wasn’t sold too much on the third person point of view though, it didn’t feel like it had been honed in, there was a lot of unnecessary repetition of words in the sentence structure. So the flow wasn’t quite there for me.

As with contemporaries like this, we are rooting for the leads to end up together, so there is always that sense of predictability in this genre. But, not knowing much about the plot before I went it, and the cutesy, sweet cover art, I was expecting a Hallmarky type rom-com… I did not predict the amount of difficulty, tension, and long journey the characters had to navigate. Maybe that is less about predictability and more about my misguided assumptions from the cover alone. 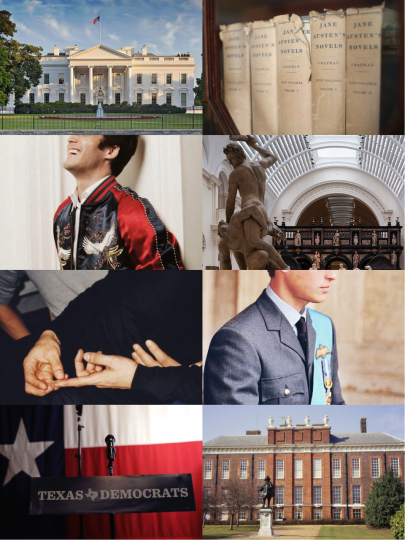 McQuistion builds great fleshed-out and realistic characters. I did not like all of them, a few I wanted to reach into the pages and punch in the face. And others I wanted to hug, (or steal all for myself,) which is a great testament to her craft of storytelling. I was so wrapped up in their lives that I forgot about the outside world. The only times I got pulled out of the story apart from the occasional exposition, was when my eyes were too blurry from tears, and I had to stop and calm myself down.

The hate-to-love trope is overdone, but I really enjoyed it in this story. Especially when we get diverse characters. Mixed race, mixed nationalities, and mixed sexual identities, all wrapped up in political machinations.

Alex our brash and workaholic son of the President of the United States reminds me of every young gun upstart we see in political and legal dramas. I didn’t particularly connect with him, but I appreciated him as a character and cared about his story. The growth and story arc of his is point of view, is what this tale follows. We begin to see a softer side slowly emerge from Alex as he begins to explore his options in life and love.

Henry is by far my favourite – he’s the prince charming fantasy. Regal, polite, a legacy steeped in family history. The kind of things I enjoy in a man. I would have like to have seen a bit more of a comical play on the clash of cultures; I feel there were a lot of missed opportunities that may have lightened the load in certain parts of the plot. Henry too evolves as a character and you get a real sense of how each of our two leads influence each other.

Definitely a much more serious and realistic story than I was expecting. Totally engrossed in the novel and will happily recommend it to anyone.

I thought the cover art was cute and on trend with the manga-styled format that is popular right now, the colour choice really grabbed my attention, though I’m uncertain it projects the tone of the novel.