From tear-jerking angst to cute romance.

This series was spread over two and a half years, mainly because the first novel dragged out all the feels and left me with a book hangover; the second did little to add to the story and left me with disappointment; and the third, though a great read, did not live up to the heights of the debut.

I jumped into ‘Flat-Out Love’ when it had just been released and there was plenty of hype. At that time I had not read a novel dealing with grief and loss or mental disorders. The romance was unique for me as well. My reading habits were steeped in Adventure, Science Fiction and Horror; so this contemporary felt like something amazing and new, opening up a world in a new genre. As you can imagine I gave it a rave review, grabbed by the witty facebook status updates and Julie’s angst over Finn and Matt.

I immediately jumped online and ordered a copy of ‘Flat-Out Matt’ hoping for more Park goodness… it was in the era where ‘Midnight Sun’ from ‘Twilight’ Author Stephanie Meyer got leaked, and many authors were starting to release books of the same plotline, but from a different character’s perspective. After such a great high, I got a big dip. There wasn’t a lot of new content, no new insights, it was basically a recap of ‘Flat-Out Love.’

It took me another two years before I picked up the last title in this series from Park, the middle book had scared me off. But ‘Flat-Out Celeste’ managed to redeem the author somewhat in my eyes, although it was missing the wit and irony I had loved so much in the debut – and it took a little while to start liking the main character. There was also a watering down of angst and issues dealt with in ‘Flat-Out Love.’ It was in a word: charming. The great thing about it is that you get a jump six years into the future and get a snapshot of how things turned out from the first book.

Overall Park’s writing is great. It has a lyrical sophistication that will engross you. It suffers somewhat with long inner monologues, and sometimes, repetition of particular phrases. But all are engaging and she can really set a great pace, building to a climax that is emotionally messy and satisfying at the same time. ‘Flat-Out Love’ is clearly the best by a mile, and I would only recommend the other books in the series to hardcore fans. They all have elements of Christmas, the loss of a loved one, and learning to live with mental blocks/disorders.

I want to say the characters are kind of quirky – but not in a cute way – in a damaged way. Jessica Park has lost her shine for me as nothing has lived up to the first novel, which I highly recommend (you can skip the rest). I might be tempted to try some of her newer releases ‘Clear’ and the ‘Left Drowning’ series, but they aren’t anything I’m rushing out to purchase. With a great writing style, complex characters Park has a lot going for her writing, so maybe I’ll cave and read some more next year. Watch this space. 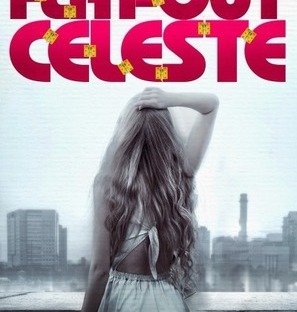 Sometimes it takes trying to be someone else to find yourself.

For high-school senior Celeste Watkins, every day is a brutal test of bravery. And Celeste is scared. Alienated because she’s too smart, her speech too affected, her social skills too far outside the norm, she seems to have no choice but to retreat into isolation.

But college could set her free, right? If she can make it through this grueling senior year, then maybe. If she can just find that one person to throw her a lifeline, then maybe, just maybe.

Justin Milano, a college sophomore with his own set of quirks, could be that person to pull her from a world of solitude. To rescue her—that is, if she’ll let him.

I read the previous novels in this series, ‘Flat-Out Love’ and ‘Flat-Out Matt’ around two years ago, and ultimately lost my momentum with this collection from Jessica Park. The debut was draining – in a good way – all the feels from Julie’s story left me in a book coma for a few days. Then ‘Flat-Out Matt’ re-visited that dark place, as well as adding a touch of bland with a repetitive storyline we got in ‘Flat-Out Love’ this time told in Matt’s perspective. So I needed a break away from Julie and Matt’s world… and the narrative seemed to think so too, because ‘Flat-Out Celeste’ picks up years later. Celeste has grown up and is about to enter college. Don’t expect to get a lot of Julie and Matt in this novel, though we do get some more of their story. As the title suggests, we find out how Celeste has grown since Julie impacted on the Watkins family’s lives, and the challenges she now faces when more of her safety zone has to be left behind as she embarks on a tertiary education away from family and home.

Initially some grammatical errors that should have been fixed within the first chapter immediately tarnished my excitement. And Celeste was cute when she was younger with her literal way of speaking. But now older, her speech pattern felt fake and a bit annoying. Especially with her naivety – she’s supposed to be intelligent, and being ignorant of a few things felt unrealistic and included as a hook or comedic device. I did not find it amusing.

After a few chapters in, the magic started coming back again. I began to like Celeste and got invested in her experiment to become a different, more likeable person. It has some light comical moments that did not rely on her lexicon. She transformed into an endearing character, if not a little insecure and lost.

We meet Justin, a goofy and adorable love interest with run-on sentences that reminds me of a few of my past boyfriends; so it wasn’t hard to instantly adore him. Around the middle of the book Justin starts calling Celeste the Snow Goddess, and I just about threw up in my mouth. His trying to be cheesy-romantic came off as tacky. But that was the only stand out moment that I experienced, the rest of the time he was nerd-girl-porn for me. Justin embodies patience, maturity, and clearly doesn’t like labels. He’s comfortable with who he is, and I just wish I could have a Justin all of my own in real life. *sigh*

Some parts of the book got a little waffly with rambling dialogue (which are character traits of both the leads, but after a while became slightly tiresome.) I felt we got a bit of a spoony ending – but it suited the characters and tone of the novel, so no complaints. Though, after the gut-wrenching climax of the predecessors in this franchise, I was expecting more. Overall ‘Flat-Out Celeste’ was enjoyable, more so than I expected. A great follow-up to end the trilogy that encapsulated some of the original charm with a softer tone. Recommended if you like a light contemporary with quirky characters.