Love ignites in the City That Never Sleeps, but can it last?

Hopeless romantic Isla has had a crush on introspective cartoonist Josh since their first year at the School of America in Paris. And after a chance encounter in Manhattan over the summer, romance might be closer than Isla imagined. But as they begin their senior year back in France, Isla and Josh are forced to confront the challenges every young couple must face, including family drama, uncertainty about their college futures, and the very real possibility of being apart.

I was both dubious and eager to jump into ‘Isla and the Happily Ever After.’ I did enjoy the previous two novels in this series, but wasn’t really blown away like many of my friends, so I started reading with trepidation and low expectations. However I was keen to complete the series and see how it all wrapped up. I’d heard that the characters from the other books all made brief appearances in ‘Isla’ and wanted to see if my love for this series would grow.

For some reason, I related to Isla and Josh a lot more than I have with any other characters throughout this series. Stephanie writes some very interesting and quirky characters, but Isla and Josh were somewhat more vanilla, and something I liked. Not that they were boring, but it was easier to put myself in their shoes. These two also felt younger and more innocent than the likes of Anna, Lola, Etienne and Cricket, and had an adorable story. 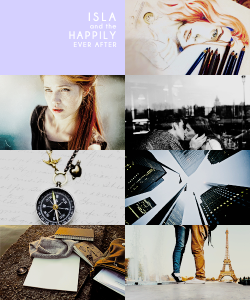 The build of the relationship between Isla and Josh felt more realistic this time – like it mirrored my own high school first love – not that is happened anything like their story, but the emotions were identical. The desperation and need to be together and the devastation when you are forced apart… This is by far my favourite Stephanie Perkins novel to date. She managed to capture the tension of first meeting/ first love brilliantly on the page.

One failing was that it felt slower to get going that the other two – I ended putting it down for a break just under half way.

It was a delight to get snippets of Lola, and Anna (and their beaus) here also – like a glimpse through a crystal ball to find out what happens after the books had ended. Additionally, viewing them from another perspective helped round them out even further and proved to be a valuable inclusion to the narrative.

I lurved the ending and how it drew in elements from the entire trilogy to wrap it up nicely – very cute and melancholy. It left me feeling satisfied and like the journey through this trilogy was worth it.

A pleasant end to a series, though pacing somewhat dragging, I was delighted and would recommend this to anyone who loves a contemporary romance with a quietly embellished writing style. 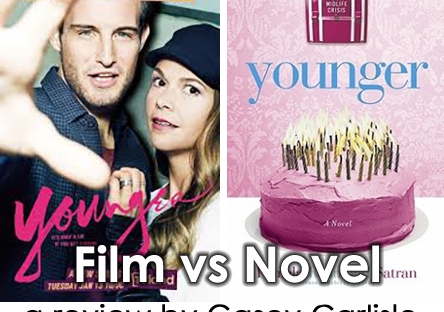 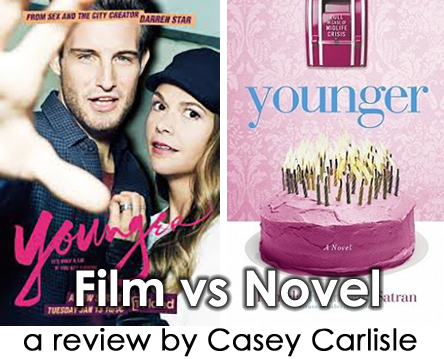 I feel uncomfortable making this comparison – mostly because I got such extreme and opposing emotions from both. And that was completely unexpected.

Firstly the storyline in the TV series felt much more realistic. The situation. The motivation of Alice’s character, and the characters of the supporting cast. The show set up Alice as a determined mother trying to piece her life together and regain a foothold in the workforce… even if she had to get creative to do it. The tone set was serious with some light-hearted goodness through and through.

With the novel, I got the distinct impression that a bitter old lady was at the keyboard trying to make her point that getting old was not a bad thing… and it rubbed me the wrong way. The whole way Alice came about her decision to portray a younger version of herself felt unjustified and wishy-washy. It continued for a great length in the book.

It’s not that it is a terrible read. In fact I enjoyed the book magnanimously – I did not put it down. The narrative is light and easy to relate to. I had issues with some of Alice’s decisions and behaviour at times, and at others, quietly whispering ‘YES!’

There was some stereotyping in the novel that annoyed the hell out of me – and the ending, although satisfying, it did little to challenge those preconceived personality types. Where in the tv series, you meet these characters, presumably fitting in the box, two-dimensional-types, and then are completely toss all judgements out the window by the end of an episode, because they have completely redeemed themselves and shown you so many more layers… and I think that is what the book lacked most of all.

The screen version of Alice, played by Sutton Foster, added more tension to the tv series than the character in the book – her reason to keep her secret is compelling in every episode, where in the book she was playing pretended and it did not feel like she had a s much to lose. 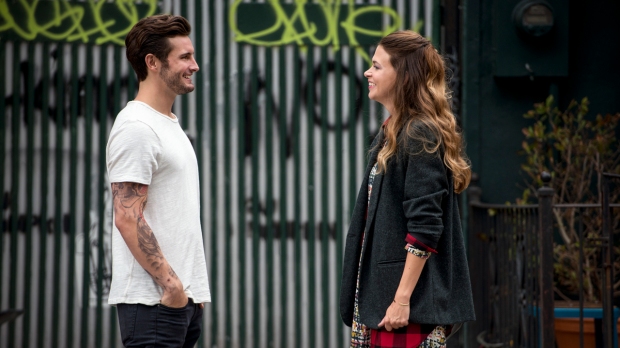 The conclusion of the book picked up the pace and I loved the last five – six chapters. But I found the ending of season one of the tv show much more satisfying, even though it resolved a lot less of the storyline… The main reason is because of the growth of the characters and their chemistry between each other. The novel was a little trite, where the show makes them work for it…

So it’s definitely the tv show for the win! But I recommend both.