Love happens in many different ways… 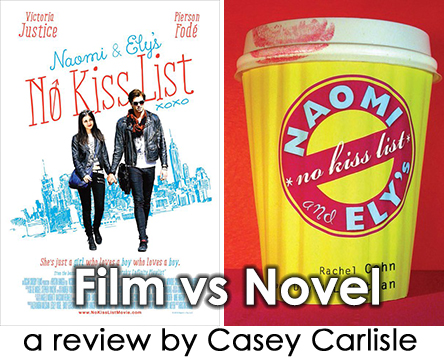 After doing a comparison of ‘Nick and Norah’s Infinite Playlist,’ I was keen to give another title by this duo a go… where the book by David Levithan and Rachel Cohn is witty, punchy and just a little emo, the film is like an adorable alternative romantic comedy. ‘Naomi and Ely’s No Kiss List’ brings another contrast to the colourful characters Levithan and Cohn are praised for.

I honestly liked the movie better than the book. I found Naomi to be whiny and immature, flying off the handle randomly, or failing to see reason – which is the point her character is so interesting… but in the movie, you get a break from her character. Naomi is played by Victoria Justice, and I think I’ve only seen her in some Disney movie, but Justice played Naomi to perfection, I got all the same feels from her performance as I did while reading the book.

Ely, played by Pierson Fode brings some incredible eye-candy. I was literally drooling at the screen. Fode compliments Ely’s character with an aloofness that added dimension to the character that I did not get from the novel. We know he was clueless, but in the novel, he came across as selfish, where in the movie we get to see it’s all in Naomi’s head and Ely is just being Ely.

Other notable performances that excelled my reading experience was Gabriel played by Matthew Daddario and Bruce 2 played by Ryan Ward… maybe it had something to do with the hotness metre blowing a gasket, but these boys really fleshed out the characters. I don’t think I liked Gabriel all that much in the book, but Matthew Daddario totally redeemed him in my eyes. Bruce 2 had the opposite effect, I got a geeky confidence from him in the novel, even though he is an introvert, but the film Bruce 2 felt like a lost lamb falling prey to both Naomi and Ely. I got the vibe of his self discovery from the page – not so strongly on the screen.

Plus, New York, with all of Naomi and Ely’s friends was so much more interesting in bright colour on the big screen – I didn’t get such a rich feeling of subculture from the novel. It is such a short book, and its focus is on Naomi and Ely’s relationship, so superfluous description of the setting would have been a hindrance, so I’m greatful to the film for adding yet another layer to my enjoyment.

The emotion was dialled down a lot more in the movie as well, which I appreciated, leaving me with a more rounded experience from all the cast, other than just Ely and Naomi.

I’d recommend to read the book before the movie, but it is totally the film for the win! 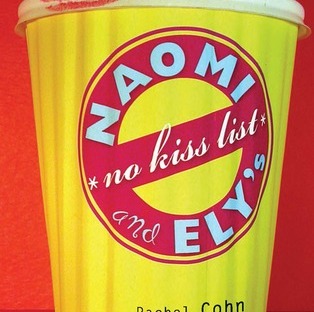 A great realistic tale, but a little flat. 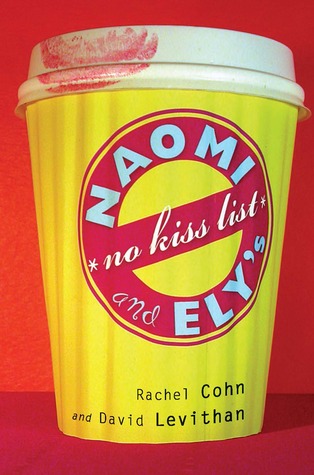 Naomi and Ely are best friends. Naomi loves and is in love with Ely, and Ely loves Naomi, but prefers to be in love with boys. So they create their “No Kiss List” of people neither of them is allowed to kiss. And this works fine…until Bruce.

Bruce is Naomi’s boyfriend, so there’s no reason to put him on the List. But when Ely kisses Bruce, the result is a rift of universal proportions. Can these best friends come back together again? Or will this be the end of Naomi and Ely: the institution?

I managed to read this in a day. And while I got a kick out of it, I was still a little ‘meh’ by the end.

There are a lot of different POV’s in this book, so if that is a pet hate, steer clear! You’ve been warned. However, I felt it worked. It was great to take a break from some of the angst of the main narrator and see the situation from someone else’s eyes.

The material was witty and had a charm about it appealing to the coffeehouse crowd. And the style of narration flows with a simplistic young voice. I didn’t get any surprises out of the story – it is easily predictable… but it is also realistic. And that I liked.

I must admit I was expecting to get more feels from a contemporary like this; especially with David Levithan’s authorship, but felt more like a snapshot of your typical college drama. And that’s okay, this novel does not purport to be anything but.

Coming from the president of the Fag-hag club of everywhere – My best gay friend of twenty years and I are still fiercely close – this book depicts the very real perils of having a G.B.F. It’s pretty cool to see a book like this written, back when I started friendship with my bestie, you definitely would not see mainstream literature of this kind. It is great to find a relationship that is something other than girlfriends, or a romance which has the possibility to last a lifetime. In life, most of anything does not fit in to a stereotype or fix in a square box. 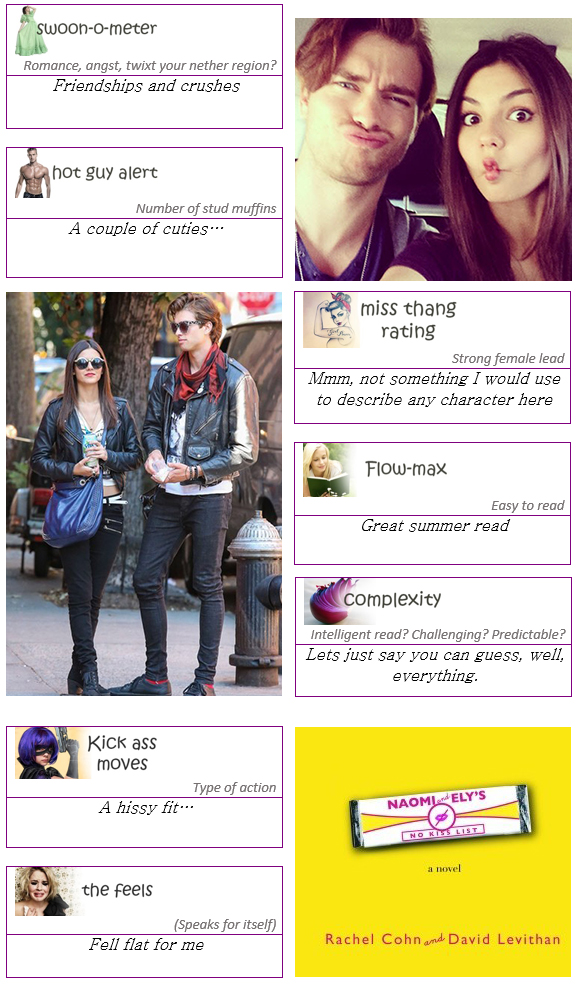 I’m really looking forward to viewing the film released this month starring Victoria Justice and Pierson Fode (maybe a little later in Australia), and see how they interpret the novel.